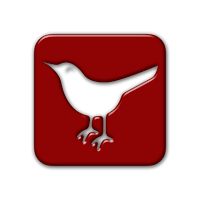 There was a flutter of fun on Twitter this week when several tweeps tussled over which celebrity chef should win my blog poll!
@daramc76 tweeted - ‘Jamie Forever’
@DorothyHardie insisted -‘I have faith in my Marco’
@BookstoRemember say’s - ‘C'mon, Jamie is a cutie... let him win lol’
@lougrahamii yelled ‘JAMIE, JAMIE, JAMIE...lol!
@Suefortin1 - a staunch Gino fan - shouted FIGHT, FIGHT, FIGHT!
@shazjera kept score and retweeted.
@stephenfry tweeted mid-debate to say he was having dinner with Nigella Lawson - so we all know who he would vote for - don’t we?!
If you haven’t voted in the poll on the side bar yet, what’s stopping you? Pick out the chef who has you salivating on your sofa - but if your favourite chef isn’t listed - please feel free to leave a comment and tell me who you love and why! 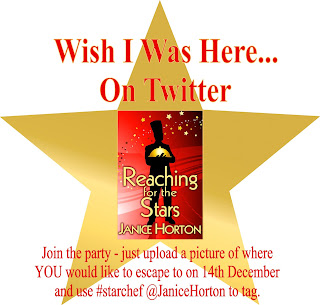 Reaching for the Stars - my new romantic novel about a disgruntled celebrity chef who escapes the media frenzy surrounding his private life by going into hiding for a while - launches as an e-book on Wednesday 14th December.
There has been an absolutely fantastic response so far to the ‘Wish I Was here...’ blog launch party but also lots of complaints from those on Twitter who would like to take part but don’t have a blog. Well, let’s rectify that straight away!
If you are on Twitter and would like to join the ‘Wish I Was Here...’ party - sign up now! 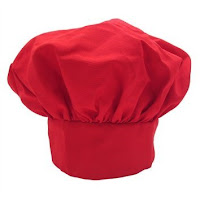 What to do?
1) Sign up now using the form below. Want a shot at both blogging and tweeting? Why not - double the fun - just fill in both your Twitter name and your Blog Link.
2) On Wednesday 14th December just put up a photo or picture of where you wish you could escape to - for a little while or forever - on YOUR blog or UPLOAD to Twitter! It might be a paradise island, a secluded beach, a woodland hut, a mountain ski lodge? The possibilities are endless - but fun to imagine right in the middle of December
3) On Twitter please use the hashtag #starchef and also put @JaniceHorton somewhere in the tweet. That way I can find you and include you in the prize draw.
On Launch Day, here on my blog, I will post a full list of all the Bloggers and Tweeps taking part and I'll be visiting EVERYONE to see where you would like to escape to and to leave a comment! So join the fun and sign up now!

I know it’s a busy time of year for everyone but I would so appreciate your support - and I do promise lots of fun and prizes!
Posted by Janice at 16:32