Author Interview with The Queen of Cosy Crime: Lesley Cookman 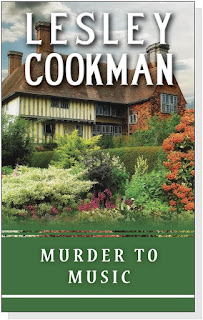 Lesley Cookman's latest book Murder to Music is a murder mystery set in the fictional of in . It’s the eighth title in the Libby Serjeant series, published by dynamic independent publishers, Accent Press. I caught up with Lesley just before launch day to ask her lots of writerly questions.
How long have you been writing and what was your first book?
I’ve been writing for thirty years (can’t quite believe it) and started with features for Which Computer. After that, I wrote for various business titles, branched out into short fiction after a friend gave me her book on how to do it, wrote pantomimes and finally, was commissioned by How To Books to write a book on how to write a pantomime. That was my first book.
What made you want to write crime fiction?
I’ve been reading it since I was nine years old. My parents gave me the run of their bookshelves after I ran out of my own books. There wasn’t as much reading material for children around then, and I’d exhausted everything there was. I still remember the thrill of saving up for the latest Famous Five book and walking the mile and a half to the bookshop on a Saturday afternoon. Now I’d just download it onto my Kindle! So I started reading my parents’ books. Carter Dickson, John Dickson Carr (the same person), Ngaio Marsh, Margery Allingham, Dorothy Sayers, Rex Stout. And others too obscure to mention. No Dame Agatha, though. So there I was, steeped in Golden Age detective stories. And the love has never left me.
Would you say cosy crime is an easier genre to write than, say, romantic fiction?
I think they both have well defined structures in their traditional forms, but neither are easy to write. Let’s face it, nothing is actually easy to write!
What can you tell us about your latest book, Murder to Music?
It’s the eighth in the Libby Sarjeant series. Libby is a former actress who lives in the of and paints pretty pictures for a friend’s shop and gallery in the nearby seaside town of . So far, so traditional.  She has a cast of friends and family who appear in most books, and each time a new character appears, he or she tends to become yet another serial character.  It is becoming harder to invent credible situations with which Libby can become involved, but I hope readers will suspend belief just that little bit in order to enjoy the stories.  This particular adventure concerns a supposedly haunted house.
Will there be more Libby Sarjeant novels?
At least two more are contracted: Murder at The Manor due out in November, and Murder by Magic next May.
And will you ever write a different series? Or another sort of book?
If ever I have the time!  And of course, if I’m spared.... 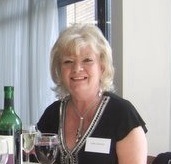 Thanks for the interesting interview Lesley - and best wishes for your Murder to Music launch!
Lesley Cookman lives near the sea in . She has written features, short fiction, pantomimes, a musical, a non-fiction book and numerous press releases. Murder to Music, the eighth in the Libby Sarjeant series, will be published on 11th April 2011.