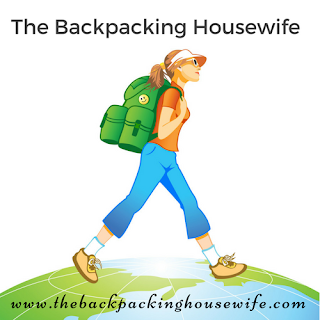 THIS IS THE LINK

Today is a dream come true! Last summer I was traveling in Asia while also working on a new romantic adventure novel entitled Island In The Sun when I was approached by Charlotte Ledger, the Editorial Director of Harper Impulse to write for them. Harper Impulse is the romance imprint of Harper Collins UK Publishers in London and Harper Collins is one of the world's largest publishing companies - one of the Big Five English-language publishing companies, alongside Hachette, Macmillan, Penguin Random House, and Simon & Schuster. (Source Wikipedia) Well, you can imagine how totally bowled over and thrilled I was!

I’ve been working as a published writer since 2004. Since then I’ve written a grand total of thirteen titles. The Backpacking Housewife is lucky number thirteen!

I am told it’s unusual these days to be given a contract from a major publishing house before the book is actually written. I found my initial euphoria at being offered such a fabulous opportunity tempered with trepidation over signing a deal with such a tight deadline to meet with the publishing schedule. I knew that travelling around Asia (we were in Vietnam at the time) and not having a daily routine wasn’t going to be conducive to meeting such a deadline.

So my husband and I did something radical. We decided to stop travelling for a while and we registered with a homesitter’s website – listing ourselves as available to housesit for several months. A UK couple with a property in South West France got in touch with us and after several emails and a Skype video call we were offered the assignment to care for a beautiful 500-year-old chateau, a couple of gites, and a cat called Mr Smudge.  We immediately booked several connecting flights from Asia to Bordeaux France.

And, in that beautiful chateau in October 2017, I started work on The Backpacking Housewife. As I was writing a work of fiction that was loosely based on my own travel experiences I wanted to be sure that my commissioning editor was in full approval of my ideas for the book. So, I actually wrote three completely different versions of the all-important first three chapters for her consideration. Only once we had agreed on how the story should start did I begin work on completing the manuscript.

I then worked every day but to a weekly word count. This allowed a bit of flexibility in the daily writing schedule and also made sure I could complete the manuscript on time and to the length required. It wasn’t easy. I had good days and bad days. But, eventually, I finished the story and I now feel extremely proud of what I have written and of my achievement.  All those who have written a book will know this feeling!

And, just in case you are wondering what happened to the other book I was writing? Well, that is now finished too and being edited right now. ‘Island in the Sun’ will be published later this summer.

It has been a team effort with Harper Impulse to progress The Backpacking Housewife from a manuscript to a book. There have been structural edits and revisions. The book has been copyedited and checked over and over. A publication date has been set for 6th July for the ebook and 12th July for the paperback. The Harper Collins PR Department has been fully briefed and will be working with me to reach readers.

I was asked to write a cover brief and from that the cover was designed. I was so excited and thrilled and proud when I saw the beautiful cover and I was desperate to show it off to everyone - except I knew I couldn’t – at least not until the cover was officially revealed by the wonderful team at Harper Impulse. It was especially hard not to share when friends attending The London Book Fair told me that the cover of The Backpacking Housewife was being displayed on a giant screen at the Harper Collins stand and sent me the photo!

The Backpacking Housewife on display at the London Book Fair

So I'm really happy to be able to share with you at last - The Backpacking Housewife. Ta-darrrrr!!

In case you missed it - here it is again!

What is the story about? The Backpacking Housewife is a story about an ordinary woman - a housewife with two grown-up children. When she comes home unexpectedly one day to find her husband of 25 years in bed with her best friend, she is so distraught and traumatized and betrayed that she grabs her passport and her handbag and heads out of the door to the airport. What follows is an adventure of a lifetime.

This is the official book blurb: Lorraine Anderson was meant to be making a Sunday roast, not swanning off to Thailand, backpack in hand! But when she finds her husband and her best friend in bed together there’s only one thing to do – grab her passport and never look back! Now, with each mile travelled Lori sheds the woman she once was and finds the woman she was always meant to be. A woman of passion and spirit who deserves to explore the great unknown…and to indulge in the temptation she encounters along the way!

Today is Cover Reveal Day and ALSO the day the book goes up for PRE-SALE!

The ebook is also available from:   iBooks on iPhone, iPad, iPod touch, and Mac.

And at:  Kobo and Google Play

What do you think of the cover and the story blurb?
Have you pre-ordered yet?
I’d love to read your comments!
Posted by Janice at 20:20 10 comments: