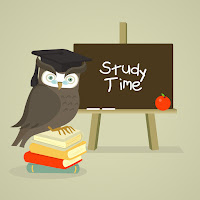 It was all a bit of an experiment to e-publish to Amazon Kindle and this week's blog is an update on progress. It's been two weeks since Bagpipes & Bullshot was given an on-line launch and blog tour which, with the help of fellow bloggers, tweeters and facebook friends, saw it go from an Amazon ranking of 28,000 to reach number 19 in the bestselling women's fiction list and number 24 in Kindle bestselling romance. I'm pleased to tell you that high sales continued right through the following week and only now has Bagpipes & Bullshot left the Top 100. I'm hoping that with the Easter holidays coming up, the e-book buying public will help it to find its way back into the chart listings.
I'm excited to tell you that Bagpipes & Bullshot has been given some 5 star reviews on Amazon.co.uk and also on dot com. It also received a 5 star review on Romance Writers of America member Melanie Robertson King's blog. You can read the review here.
I'm currently awaiting a review to appear on the Quick Brown Fox Canada blog and I'll let you know as soon as it's up. Also this week, I was interviewed for our local newspaper, the Dumfries & Galloway Standard, and photographed with my two Westies Polly and Ruby. The headline read 'Romance Booms' and you can see the PDF here an the on-line link here

The very latest news is that Bagpipes & Bullshot is now available to buy and download from the Smashwords website in a format of your own choosing. Although, it is likely to be another week before it reaches the Apple iBookstore, Barnes & Noble, Sony, Kobo and other distribution outlet's catalogues.

To celebrate I'm running a competition. To be in with a chance of winning a free download of Bagpipes & Bullshot from Smashwords all you have to do is leave a comment in the box below and answer one question about the book. If you have a problem leaving a comment, as some people have in the past, then you can enter by email instead at: janice.horton@btinternet.com
The competition is open until 9am Friday 22nd April 2011.
Tip: you can read a story description on the Smashwords site here.
Q. In what does Innes Buchanan meet Orley MacKenna? 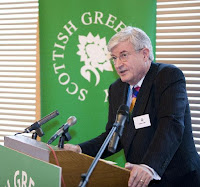 Next Friday on this blog I'm interviewing Robin Harper, the first member of the Green Party to be elected into parliament. Robin has just had his autobiography Dear Mr Harper published by Birlinn and it has been described as "an entertaining book in which Robin's convictions, both Green and otherwise, come through almost subliminally: his message, because he certainly has one, is all the more powerful for that."
Not to be missed - see you Friday!