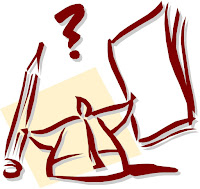 I often start a new book with a fully formed character in my mind - who comes with a name – a name that suits him or her so well that they couldn’t possibly be called anything else. Finn McDuff of Reaching for the Stars arrived in such a way and so did Orley MacKenna of Bagpipes & Bullshot - even my own three children arrived into this world with their names already decided upon - but this time I’m not entirely sure I have exactly the right names for my hero and heroine..!
How important is a name?
Well, I think names are very important because they immediately conjure up images and character traits and so I believe it’s worth spending some time and research to get them right. Especially for your main characters. I mean, how many actors and musicians have changed their given names to something more in keeping with a strong image? Famously, there is Elton John, who might not have made it with the name Reginald Dwight. Then there is current pop siren Katy Perry – who is actually Kathryn Hudson in real life – but then there is already a famous actress called Kate Hudson, isn’t there?
Surnames are as equally important. They should be strong and not silly. They have to resonate rather than clash with the first name and, personally, I would avoid names so unusual in either pronunciation or spelling that they run the risk of taking the reader out of the story. Surnames can state nationality. They can even suggest if a character belongs to the upper, middle, or lower classes – before they open their mouths.
How do we find the right name?
Twitter: I threw out this question last week here on this blog and on Twitter in preparation for writing this post and received some great suggestions. @MrsPogleswood – Luke or Luker and Alex (female). @BookstoRemember – Andrew and Tayra. @SallyHepworth – Patrick and Eloise.

Here on the blog: Louise Graham suggest Cheryl and Richard. Old Kitty favours Angelina and Aiden. Cassam likes Abi for a heroine and Ross or Garth for a hero. Valentina (whose name I love!) offered Olivia and Matt.
So do keep the name suggestions coming in - either in the comment box below or on Twitter (I'm @JaniceHorton)
A great piece of advice came in from @Rodney_Willett on Twitter. Rodney is the lovely husband of acclaimed novelist Marcia Willett. He says: “it doesn’t matter – just call them anything to start with - then one day you will realise that Jane is really Sarah and Dominic wants to be Andrew.”
Research: I think television programs are a great source of name ideas and don’t forget the goldmine that is the credit list at the end of movies. The internet lists currently popular names and baby name books or listings are also worth checking. I like the idea of finding names with meanings: for example Gareth means ‘firm spear’ and ‘warlike’ – so these guys would be tough and manly in any book!
Next Friday: having settled on a couple of names, I’ll be hosting a mini-writing-workshop looking at writing the opening paragraph. Do let me know if you are starting a new book right now too – or if you are thinking about it…?
In addition to my regular Friday posts (which often appear on Thursday evenings!) I have decided to host my Author Showcase posts additionally on occasions as there are so many writers out there whom I feel deserve to be showcased and supported.
So, pop back on Saturday 4th February to meet Richard Holmes, author of Angelic Wisdom Trilogy. Richard is a Medium, a Reiki healer, a psychic surgeon, a spiritually inspired artist and interpreter of dreams.
Janice xx
Posted by Janice at 18:03