Towards the end of July, after chilling out on an island called Koh Chang in the eastern part of Thailand, we decided we needed a change of scenery and also a bit of fun. You can read about our month on Koh Chang in my previous post.

So we took an Air Asia flight from Pattaya to Kuala Lumpur with the intention of taking a flight over to Singapore the next day, where we could catch a ferry over to nearby Batam Island. 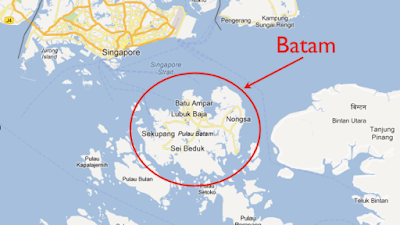 Air Asia is a budget airline and we fly with them often using Kuala Lumpur as our transit hub in South East Asia. We keep an eye on their flash sales and have managed to get some amazingly cheap deals. In fact, we often make decisions on where to fly next on the basis of their cheap and available flights.

But sometimes, as is often the case with budget airlines, they are occasionally subject to cancellation or delay. Unfortunately, our flight with Air Asia from Pattaya was delayed several hours and when we eventually got back to KL and our favourite Holiday Inn hotel, it was well past midnight and we were tired and hungry and a little grumpy because we’d missed our complimentary food and cocktails in the club lounge!

The next morning, when I checked-in online for our Singapore flight, I suddenly realised that the flight we had booked was mid-morning and not mid-afternoon. So after a crazy mad dash to the airport in an Uber Taxi - we managed to get to the gate just in the nick of time - only to be told the flight was delayed. Phew!

Batam, although part of Indonesia, is very easy to get to from Singapore via a subway ride from the airport and a ferry from the harbour. It is also an extremely affordable place to stay compared to the expense of Singapore and it also has a Holiday Inn Resort and Spa. And, as we had enough hotel loyalty points to stay there for free for a few days, we decided it was just the spot for some R&R before heading back to Singapore and finishing off our trip with some fun at Universal Studios.

The weather in Singapore was hot and humid and overcast when we arrived but we had a great view of the famous city skyline from the ferry as we headed over to sunny Batam. 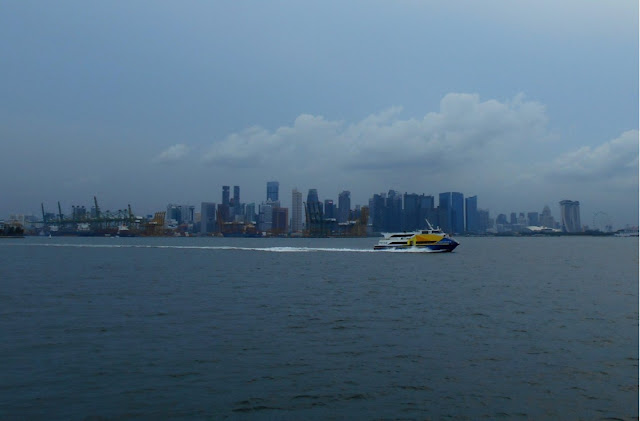 Our hotel on Batam Island was lovely – with a fabulous pool – and I had what I now consider to be my best-ever spa experience there at the Tee Tree Spa with a full body aromatherapy massage and facial treatment. Bliss. 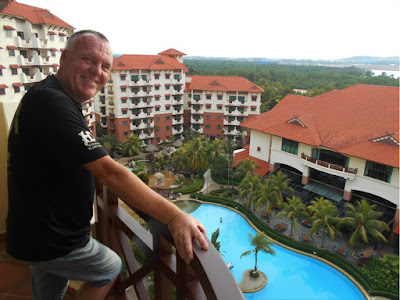 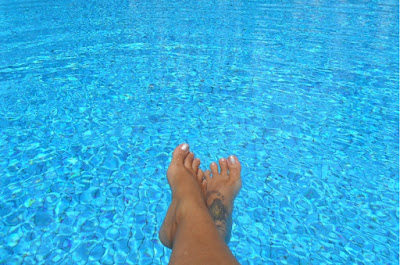 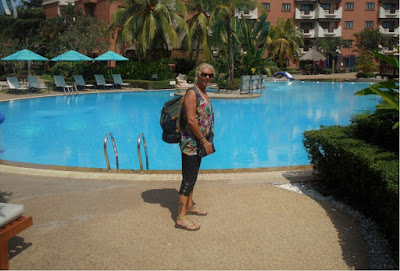 Back in Singapore, a few days later, feeling relaxed and rejuvenated, we checked into another Holiday Inn not too far away from Universal Studios.

We have been to Singapore once before – two years ago – when we took a pre-Christmas trip from KL for shopping and sightseeing. Back then, we took in all the famous sights like Marina Bay and Raffles Hotel and we went for a Singapore Sling cocktail at the Long Bar. This time, we made the theme park our focus of attention. Universal Studios Singapore is very like the one in Orlando Florida – a bit smaller perhaps – but lots of rides like ‘The Mummy’ are exactly the same and so much fun that we went on that one twice. We found the waiting times for the main attractions much shorter than those we encountered in Orlando – maybe an hour rather than three hours without the expense of an express pass. 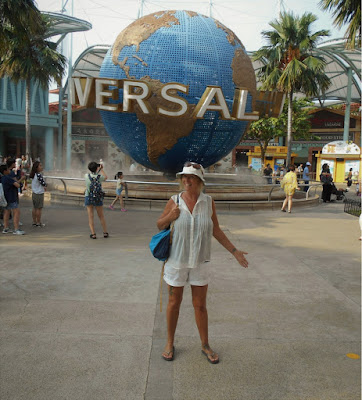 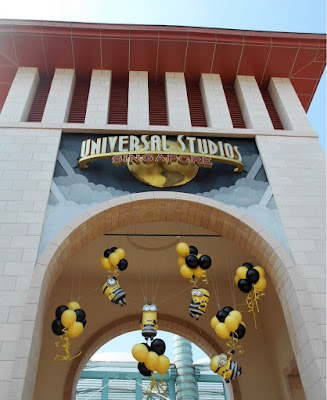 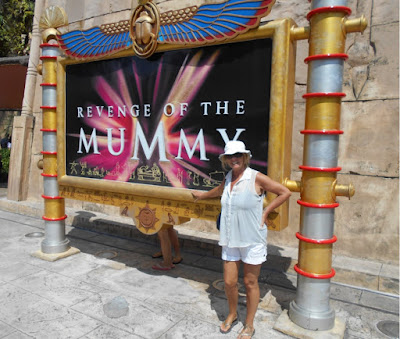 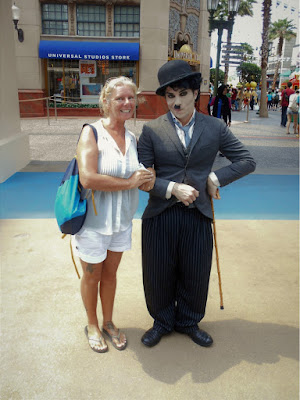 We had a wonderful day out – although it was blisteringly hot all day.

Feeling rested and rejuvenated by our trip we headed back to Kuala Lumpur for a quick twenty-four hours - just long enough to meet with our next Air Asia flight. This time we were looking for a bit of adventure and culture - so we were headed to a top destination in South East Asia. A country known for its breathtaking natural beauty and unique heritage - and, excitingly, somewhere we'd never explored before. Join me here on the blog again very soon to find out about our next exciting month-long destination!