To kick off my new blogging feature on interesting plots and themes – I have invited back to the blog Harriet Schultz, American author of the Amazon bestseller Legacy of the Highlands and its just-published sequel, A Legacy of Revenge, to talk to us about her contemporary romantic suspense novels which each have a central theme of revenge, which Harriet cleverly combines with passion, hot men (of course), a love story, intrigue and settings as varied as Scotland, Buenos Aires, Miami and Boston.

Recently, Harriet was invited to write a guest column for USA Today on the theme of revenge in romance novels, for which she interview Jayne Ann Krentz (aka Amanda Quick) for the story. I found this to be fascinating reading. So, in case you missed it, I’ve asked Harriet to pop over to the UK and tell us all about her theme of revenge.


“…if you wrong us, shall we not revenge?”
The Merchant of Venice, William Shakespeare


When wronged, who hasn’t craved the satisfaction that revenge can bring? The target could be a boyfriend whose betrayal broke your heart, those mean girls who made your life miserable, or the villain who stole something you value — a material object, something more abstract such as honor, or even the life of a loved one. The list of triggers that might set off the need for vengeance is endless.


Revenge is a very human emotion, a dark and powerful one, yet one that’s hard to resist. It’s the rare person who hasn’t yearned to retaliate for a wrong at some point. In real life, however, getting back at someone isn’t always wise or do-able, so as readers and writers we derive vicarious pleasure when fictional characters do the deed for us.


Vengeance is a popular theme in romance novels and crosses all subgenres from historicals to the paranormal, contemporary chick lit and, of course, suspense. A quick Amazon search for “romance” and “revenge” results in more than one thousand titles. (I was happy to find my newest, A Legacy of Revenge, among the first fifteen on this list).  Delve further and Google comes up with more than two million hits for “revenge in romance novels.”


The titles of romance novels with a revenge theme show that payback can take many forms and may be delivered by a disparate group of characters — billionaires, banshees, jocks, vampires, homecoming queens, rock chicks and even one middle-aged woman.  The plots and people who inhabit the pages of these books are as wide-ranging and original as writers’ imaginations can make them, but all feature at least one protagonist with an overwhelming desire to retaliate for a real or perceived wrong.


What is it that makes revenge such a satisfying plot device? It’s certainly not a new one. The Bible is filled with “an eye for and eye” tales of revenge, it was a favorite of Shakespeare’s and there would have been no Count of Monte Cristo without it. Country music’s queen of revenge songs, Miranda Lambert, says people connect with her lyrics because  “these songs make you feel emotion. They are just so passionate.” And we all know that a romance novel without passion is a book that will not be read.


Revenge snakes its way through both of my romantic suspense novels, but it doesn’t pit the hero and heroine against each other. Instead they’re united in a quest to discover why the heroine’s husband — the hero’s best friend — was murdered and to avenge the killing. The smoking hot (of course) former womanizer’s feelings for the heroine run deep and our hero is equally determined to win her heart. They believe that the vendetta is over at the end of book one, but it comes back to haunt them in the sequel. As Daniel Craig (aka James Bond) says, “revenge doesn’t stop.”


Bestselling author Jayne Ann Krentz knows something about the appeal of revenge in romance novels. "When I use revenge as a motive for a hero or a heroine it is always all about family and responsibility to others - never personal.  There is nothing noble, heroic or romantic about seeking revenge for yourself.  But to avenge a deep wrong done to someone in your family or to someone you love?  Ah, that is another story - one I can write."


The uncertainty about if, how, and when the revenge will take place, whether it will be successful, and the ultimate happiness of our hero and heroine are what make these romances so deliciously engaging and keep us turning the pages late into the night.


A Legacy of Revenge
When a fourteenth-century Scottish oath leads to murder in present-day Boston, the victim's devastated widow seeks revenge. Determined to find and punish the person who killed her husband Will, Alexandra Cameron joins forces with his best friend, the handsome, wealthy and powerful, Argentine Diego Navarro. A Legacy of Revenge is the sequel to the Amazon bestseller, Legacy of the Highlands. 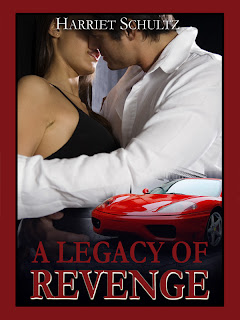 To celebrate the sequel’s publication, the first book in the series, Legacy of the Highlands, is priced at just 73p from May 2nd -5th. It’s available from most e-booksellers including Amazon Apple, Smashwords, Barnes & Noble and Kobo. 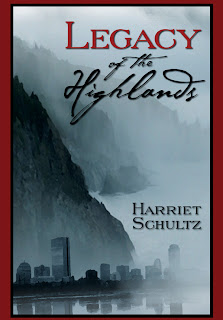 About the Author: Harriet Schultz is an award-winning journalist whose career began at TIME magazine. She loves to travel and is happy that something she enjoys adds realism to the locations of her books.

Thank you, Janice, for inviting me to write a guest post for your popular and entertaining blog. Writers supporting writers are the best!