Author Showcase - introducing Ali Bacon and her debut novel: A Kettle of Fish 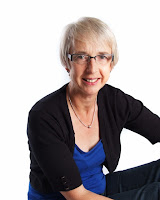 It’s fantastic to be here with Janice in her author showcase and from my home in Bristol, I’m trying to imagine I’m actually in glorious South West Scotland which I know a little, though not as well as I know the east coast where my novel A Kettle of Fish is set.

Is it a good idea to use real places in a novel? Major cities, I think are fine, because their buildings and views are in a sense public property. But the places I grew up feel more personal. What if I somehow offended the locals? What if readers mistook Ailsa’s life story for autobiography? (However unlikely that is!) In a last-minute panic I considered changing the location to a fictional town, but in the end, I left it as it was (and hopefully is). Fife in all its guises is very much the inspiration for this book, so why not celebrate it?  Here’s a quick tour of some of the places in the novel and what they mean to me – and my heroine!

Dunfermline
I was born and brought up in Dunfermline, now a fair-sized town with mix of industries and a football team whose moment of glory was in the nineteen sixties. As the ancient capital of Scotland, its history goes back to King Robert the Bruce (of spider fame!) and beyond. It was also the birth place of national benefactor Andrew Carnegie not to mention the constituency of a certain recent prime minister. (For more check out http://www.visitdunfermline.com/) 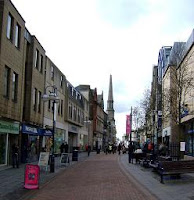 But what teenager really cares about history or politics when there’s a big world out there? One reviewer has described Alisa’s home town as a village. When I saw this I panicked – had I got the description all wrong? But on second thoughts I’m quite pleased, because that’s a bit how it felt to me in my school days, and how anywhere feels to someone like Ailsa Robertson who’s dying to get out!

Largo
Visiting Dunfermline a few years ago, I was struck by how much had changed, and while writing Kettle I did have to make sure that it’s described as it is today and not just as I remembered in my childhood (this is contemporary fiction after all!) But I was surprised and gratified to find that the sea-side village of Lower Largo, which plays such a big part in Ailsa’s memories, has barely changed at all. It’s still off the beaten track and has nothing to offer other than a tiny harbour and a never-ending beach. 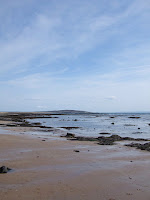 In my early teens I spent several summers and winter weekends there and I admit to indulging in plenty of nostalgia in putting it on the page, safe in the knowledge it is still the perfect holiday retreat.

Edinburgh
About half way through the book my heroine moves to Edinburgh, a city I love but have never lived in. For many of the locations I plundered Google, Wikipedia and Flickr to refresh my memory, or in some places to augment it. In fact I had never been up Carlton Hill, the city’s famous viewpoint until after the book was written and resorted to Google maps to trace Ailsa’s route from Dean Park to the summit. 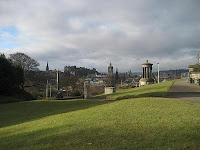 I was very pleased when I got there myself to discover I’d got it right.

Back to the future

Finally, Ailsa and I went to the same school, a four square brick construction of the 1930s with a concrete and glass extension which I thought would never change. But I’ve just learned that ‘The High’ has been completely rebuilt and now looks like this. I’m amazed – I think Ailsa would be too! 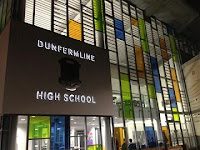 Thanks to John Burrel of Dunfermline for this image. Also to Flickr users dugspr-homeforgood for Dunfermline High Street  and chattygirl for Lower Largo beach (http://www.flickr.com)

A Kettle of Fish by Ali Bacon 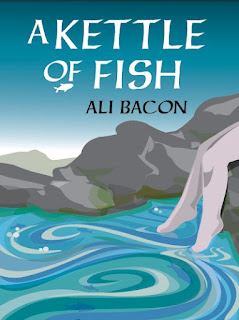