Our fabulous weekend in Macau – the Las Vegas of Asia!

At the very start of September this year, we were looking forward to spending a couple of days in Macau – the Las Vegas of Asia! 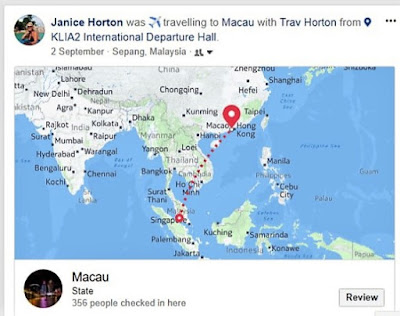 It’s a place that has long been on my bucket list and I was keen to see for myself how its fun attractions and cosmopolitan hotels and casino resorts really compared to those we enjoyed in Las Vegas USA. 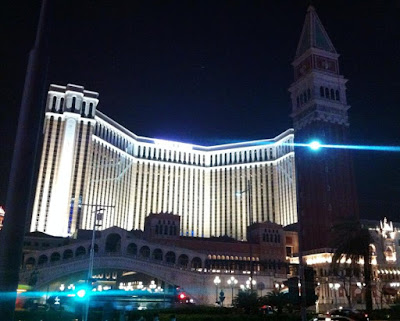 Macau has its own international airport although it is just an hour away on a fast ferry from Hong Kong. So, we planned to fly from Kuala Lumpur into Macau and spend two nights there and then three nights in Hong Kong to make the most of our time in these two iconic cities. But, right up to the last minute, we really didn’t know if our trip was going to happen at all because just a few days earlier a terrible and devastating category typhoon had hit Macau and Hong Kong.

I contacted our airline for an update and we were told our flight was unaffected and leaving as scheduled. I contacted the Parisian Hotel, where we had tickets for the final night of the Michael Jackson tribute show ‘Thriller’, and we were told the show was going ahead as planned too.

We were concerned and also sensitive to the loss of life and the destruction that Macau and its people had suffered, but it was made clear to us that the city was recovering quickly from the terrible storm, and that it was business as usual. We decided to go ahead but to keep away from the old historic town that had been worst hit by the typhoon. We certainly didn’t want to add to the burden and pressures of the recovery effort, and so decided to confine our stay to the Cotai area, and to The Strip.

The weather was not so good after the typhoon – it was wet and stormy - but that hardly mattered at all when almost all attractions are undercover and there are walkways between them. We stayed right on the Strip by all the big hotels that both Macau and Las Vegas are known for – like The Wynn, The Venetian, The Mandarin Oriental, The Ritz Carlton, The St Regis, The Conrad, The Sheraton, The Holiday Inn, and others - and still in Macau - the famous Sands Hotel and Resorts.

It was sad, however, when we were able to venture outside, to see some of the evidence of damage and what was left of the palm trees in the area. They just looked like broken stumps.

We did manage to have a fun ride in the gondolas at The Wynn and we had a fabulous lunch there too at the famous buffet – which we had enjoyed in Vegas too - and can report that they are both equally as good!

We had a good walk around the resort hotels, and in the Venetian Hotel particularly, I wouldn’t have known that I wasn’t in the one in Vegas as it was exactly the same and as equally impressive with its canals and operatic singing gondola drivers and exclusive shops and fabulous skydome interior.

Perhaps the highlight of our trip was attending the Thriller Live Show at the Parisian Hotel. It was the final performance in Macau and this show had started in the West End in London and has travelled throughout the world.
It was truly fabulous and everyone was up dancing! 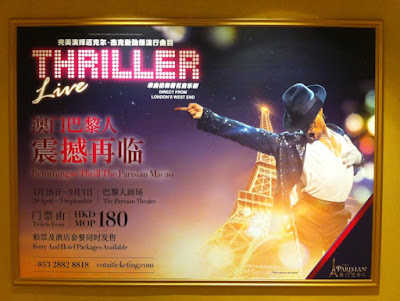 After a truly amazing couple of days, we were really excited to be leaving Macao knowing that we had not only done it proud but we were going on to Hong Kong next by TurboJet High Speed Ferry. 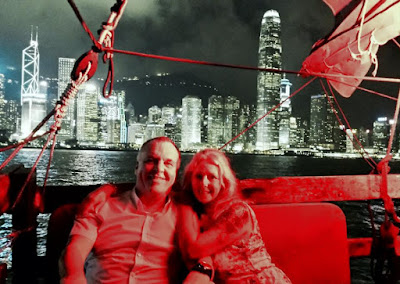 Join me next time here on the blog when we explore Hong Kong – the iconic city and the colourful harbour with its famous skyline, the mouth-watering food and the history and the culture, our trip by tram up to Victoria Peak and our Star Ferry trip over to the island of Kowloon with its famed Temple Street Market.