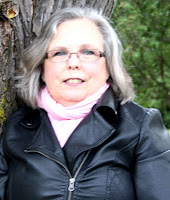 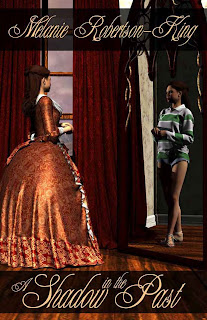 Thanks so much for hosting me today, Janice. The haggis bake and shortbread are lovely!

Looking forward to your Spellbindingly Fun Blog party. Have already written my spell and have it scheduled to go live that day.

Hi Melanie - lovely to see you on Janice's blog today! I loved reading a bit more about your Scottish heritage - it must have been wonderful seeing some of the places your father knew. Although I'm in the west coast, I've seen some of Aberdeenshire and can picture your setting.

Hi Rosemary. Thanks for dropping by. The Renfrewshire area is special to me as well since my father was raised just outside Bridge of Weir at what they now call Quarriers Village.

Thanks for popping over to talk about your new novel Melanie. I love the premise of A Shadow in the Past - of someone from our time stepping back into history - and Scottish history at that. Wishing you lots of success!

How wonderful to find you here, Mel! And you ladies talking of Haggis... I've never yet had the courage to try. Should I? Congrats again on a hugely successful book tour, and best of luck with the remainder! Thank bringing us Mel today, Janice, awesome!

It's great to be here talking about my book and my love of Scotland and all things Scottish, Janice.

Thanks Nicky! You have to try haggis. Even if you just try a wee forkful of someone else's sometime. It really is quite tasty.

Melanie, you look right at home here! Fab interview, ladies. Um, I might pass on the haggis though ;) xx

Where's your sense of adventure, Sheryl? Glad you were able to stop by here today.

Feeling that Scottish vibe ladies! Haven't been that way for many years, but fondly remember trips in the 80's and early 90's. Wonderful Melanie that your roots influenced your debut novel and the setting.

Great to see you here, Linn, and that you're enjoying the feeling of a good Scottish vibe.