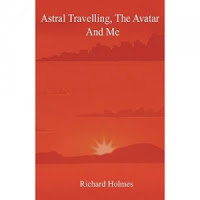 Amazing story Richard and a wonderful interview Janice. Richard is an amazing man and never fails to surprise me!

Every time I read something about Richard, it's like a game of pass the parcel - so many layers, each with a pleasant surprise. Where will the music stop next?!
Thank you
x

How comforting that poem must have been for Mark's parents. It's a good feeling when you know your writing has reached out and touched someone in a positive way.

It's a great honour for me to be a guest on Janice's blog. I'm grateful for having the opportunity and appreciate everyone's comments.

Thank you Janice and Richard, a very interesting read. HB

Richard, you truly are full of amazing and inspirational tales. Thank you, once again, for sharing. Great feature, Janice, thanks for hosting it! XX

What an interesting story. It's fascinating to get to know my fellow LAHE authors better.

Wow, what an amazing story! Thanks, Richard!

Fascinating story! Thanks so much for sharing it!