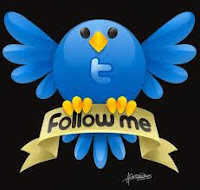 Do you Tweet? How many Followers do you have and how many do you Follow?
According to Guardian.co.uk, Hollywood actor Charlie Sheen went from Twitter virgin to one million followers in under two and a half days!
I’ve always been rather more selective about counting my friends.
I have been sitting here at Mission Control (aka TweetDeck) for two weeks now and have managed to amass one hundred Followers or Tweeps (Twitter + people/peeps = new friends) and I’m feeling very privileged.
I have to admit to a few nerves as I launched my very first Tweet into the Twitter Steam but I need not have worried, as I was warmly received. It’s a strange world at first, and a bit like being plugged into a stream of conscious thought. I felt like Seven Of Nine (Star Trek: Voyager) being assimilated into the Collective of Borg. 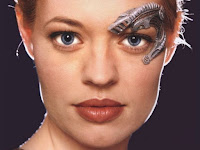 You see, messages run in real time like tickertape down the screen and through your brain. Of course it has taken me a while to understand the protocol behind Tweets, ReTweets, Direct Messages and Hashtags but I’m slowly getting there. Are you keeping up? 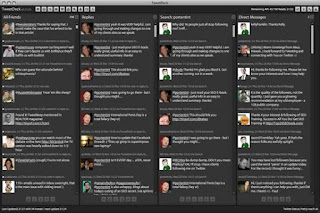 My new friends are a wonderful cosmopolitan mix from all over the world; both everyday folk and celebrities. Although the celebrities don’t actually follow me back of course. There is a way, however, to have a celebrity like Stephen Fry, the Super Daddy of Twitter, to follow you. All you have to do is win an auction for TwitRelief on eBay. As I blog, the price for the lovely Stephen’s Follow is almost at £1000 - other celebrities are available and some are going cheap – or should that be Cheep?         Follow me at: @JaniceHorton.
Posted by Janice at 17:41