Reconnecting with family and friends in the UK

Sadly, in the last week of April 2017, after Trav and I had been living and working in Bucharest Romania for a month, we heard news from family in the UK that Trav’s dad had become gravely ill. It had been less than three months since the death of his mum.

Trav immediately returned to the UK to be with his dad during his last days.

Just a few days later, after his dad had passed away peacefully, Trav returned to Bucharest and together we packed our bags to leave Bucharest and travel back to the UK to be with family and to prepare for the funeral.

The silver lining in the dark cloud of our bereavement was that for the second time this year, and in a short space of just three months, we would get to spend more time with our sons, with my own mum, and our much-missed family in the UK.

During our few days in Scotland, I also took the opportunity to attend a Romantic Novelist’s Association lunch in Edinburgh. It had been several years since I’d met up with my friends in the RNA Scottish Chapter. When I saw on our group Facebook page that a lunch meeting was being arranged for the morning I arrived back, I jumped at the chance to go along. I took the train from Glasgow and it was wonderful to see blues skies over Edinburgh and all my Scottish writer friends again face to face.


Also, while we were in Edinburgh, we got together with our son Ben and his lovely girlfriend Hayley and all her family.

Hayley is a ladies champion bowls player and there was a match being played that day at the local bowling club. It was a fun day and a welcome chance to spend quality time with Ben and Hayley especially when in just a few day’s time – the day after his grandad’s funeral – they were looking forward to their three-week holiday in Orlando Florida.


Trav and I travelled down to England by train and were once again so grateful to our best friend Dina, who had generously offered to share her home with us again while we were in the UK.


In the days before the funeral, we managed to have some fun times with Dina in our old home town of Widnes and we also got to spend a great day out in Liverpool - exploring all the tourist sites like the Albert Dock and the Caven Club. 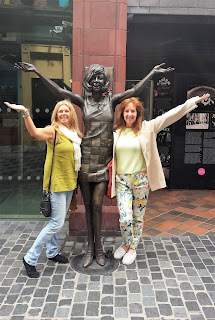 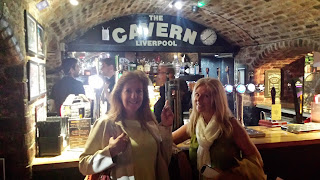 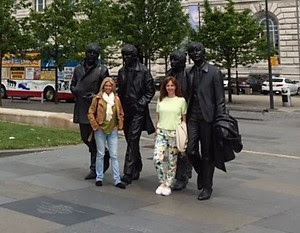 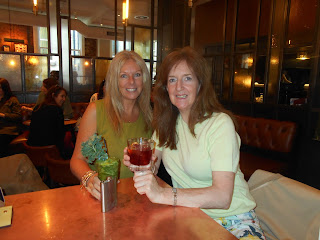 The day of the funeral was an emotional one for all the Horton family. For Trav and his brothers, Rob and Stuart, to lose both parent’s in such a short time was heart-breaking. As it was for all eight grandchildren to lose their grandparents. Their legacy of course will live on in them all and also in their one great-grandchild, Aaron, who lives in South Korea and whom they sadly had never met. 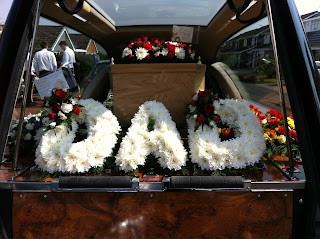 A short time after the funeral, on a solemn grey and rainy day in May, Jimmy and Dot’s ashes were buried together in the same Runcorn cemetery where their parent’s had been laid to rest. A small and intimate service was held with just their three son’s and wives present. Trav, being the eldest of the brothers, said a few words over his parent’s grave while we all held hands and said our last goodbyes. 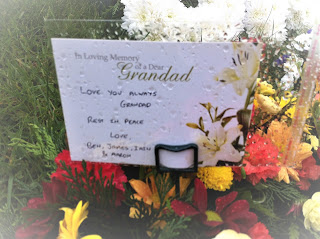 For mid-May, initially from Bucharest, I had booked flights to London in order to attend the Romantic Novelist’s Association Summer Party. This writer’s networking event is a great opportunity for writers to get together with publishers and agents and other writing professionals. As I had been out of the country off and on for almost four years, I also saw this event as a great opportunity, not only for me to meet up with my writer friends, but to put my finger back on the pulse of the writing industry and to see what had changed over the past few years.

I had hastily re-organised my travel arrangements and I was very excited to be accompanied to the event and staying with my lovely writer friend Linn B Halton, who lives outside London. Linn and I hadn’t seen each other face to face (if you don’t count Skype) since the Festival of Romance several years before so you can imagine how much we had to talk about!

Linn and I travelled to London together by train, had a fabulous lunch in an Italian restaurant in Piccadilly, and then caught up with other Romantic Novelist’s for pre-party drinks. It was so great to see everyone again. Below are a few photos with my lovely writer chums!

Soon, Trav and I felt ready to move on again. As we don’t have a home of our own in the UK anymore and, as we still have wanderlust to travel, we were keen to take up our nomadic adventures again and there is nothing like losing people to remind us of the fragility of life and how quickly time passes.


Trav and I want to travel the world together while we can, while we still have our health, and before we get too old to do so. Of course, we love and miss our family and friends, but we appreciate they have busy lives too and being close geographically to them is no guarantee we would see them often as we'd like anyway. So I'm so grateful to the times in which we live; when we can keep in touch with our loved ones whenever we like on the internet and, thanks to affordable air travel, no place and no one in the world is much more than 12 hours away from us.

So we left the UK to fly back to Asia. We took a flight back to Kuala Lumpur and, while in a taxi to our hotel in KL, we had some wonderful news from Orlando Florida, where our son Ben was on holiday with his girlfriend Hayley. He had proposed and Hayley had became his fiancée.

We were thrilled and so excited to see their proposal on video and to see how happy they are together. Our driver must have wondered what was going on when he heard me squealing and tearful on the back seat of his taxi!

After a good night’s sleep in KL, the next morning, we headed straight for the Perhentian Islands off the east coast of peninsula Malaysia. We flew with Air Asia from KLIA2 to Kuta Bharu - a 45 min flight and then took a bus and a boat over the Perhentian Besar (the larger of these islands). It’s a place that has been on our radar for a couple of years now but we have never been in Malaysia during these island’s short season - between May and September – after which all boats stop going there and all accommodations close down. 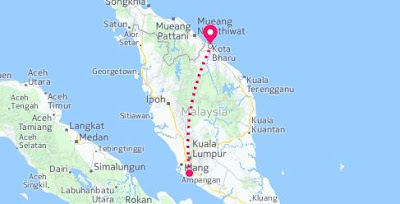 What is special about the Perhentian Islands you may ask?

Well, for one they are incredibly beautiful - the beaches are white sand beaches and said to be some of the best in the world - and the diving and snorkelling too is said to be amazing. But there is one other very special reason that we headed out to the Perhentians at this time and that is to do with my current Work In Progress. I needed to go to these islands for research purposes. 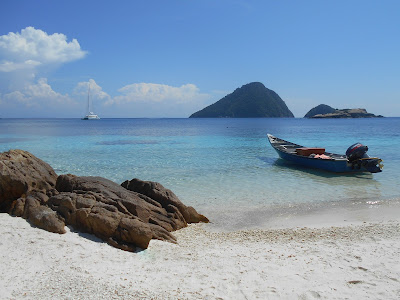 If I was really lucky, I hoped that on Perhentian Island I would get to see baby turtles hatching and then help to release them to the sea. If I was really really lucky I would get to see a nesting turtle returning to the beach that she had been born on at least thirty years before, to lay her eggs under the light on the moon, before making her way back into the sea.

Please do join me here on the blog next time to find out more about the beautiful Perhentian Islands and to find out exactly how very lucky I was!

Your blog posts are always so fascinating, Janice! Glad you had some happy news in the midst of sadness. It was great to see you in Edinburgh. Love the sound of your new book idea - well done on getting some real-life experience of the turtles.

Thank you Rosemary! I can't tell you what a pleasure it was to see you again after all this time and to catch up with our Scottish writer's group.