Name a character in my next book! 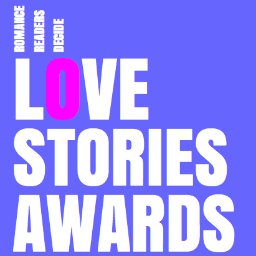 It’s now less than a week until the Love Stories Award winners are announced in London UK. I’m thrilled and excited to have been nominated with my novel ‘Castaway in the Caribbean’. I honestly don’t expect to win this esteemed award – although to do so would be a dream come true – as just seeing my name among lots of authors I admire so much is more than I ever hoped.

I would love to do something both meaningful and fun to thank my readers for making 2015 my most successful year as a professional writer – with Castaway in the Caribbean a number one bestseller on Amazon this summer. It’s now fifteen years since I started to write my first published novel and I am so glad I never gave up writing between now and then. 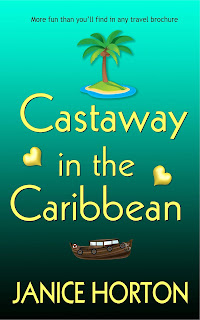 So what I’m proposing is a prize draw for one reader to choose a name for a significant character in my next book. It has to be a female name – as the character is the personal assistant to my main female protagonist (assistant to the heroine of the story!) I’m hoping this new book will be my summer 2016 release but it is still very much at first draft at the moment. Interested?

The winner can pick a name of their own choosing as the name of a character in my next book. Do you want your name in my book or that of a good friend/sister/mum? The draw will be independently run by rafflecopter and will run until the end of the year.

You can enter from here on my website as many times as stipulated on the entry form until noon on the 31st December 2015 and I’ll make sure there is a draw entry point at the end of any posts I write until then. Good luck to you lovely friends and readers and thank you for all your support, which means so very very much to me. Love, Janice xx

Well, the excitement is over - and although I did not win an award with Castaway in the Caribbean at the Love Stories Awards it was an amazing honour to have been shortlisted this year. Thanks to everyone who posted photos of the event online and on twitter and to lovely Linn B Halton who texted me the latest news from London on the night when I had no internet connection on this tiny island and was going crazy for news. Huge congratulation to all the nominees and to the winners - many whom are my friends and all of whom are fabulously talented writers!

The winners of the 2015 Love Stories Awards were announced yesterday afternoon (18 November) at a gala party in central London. The winners are:

Email ThisBlogThis!Share to TwitterShare to FacebookShare to Pinterest
Labels: 2015, Castaway in the Caribbean, Janice Horton, Love Stories Awards, Name a Character in my next book, Win